A French leader but also a global player, Prodways Group has developed its activities across the entire 3D printing and digital manufacturing value chain.

By integrating software, materials, design and development of multi-technology machines, 3D printing services and integrated medical solutions to our know-how, we offer our customers a complete and innovative range of services from the design of their projects to the manufacture of their parts.

Through all our business units, we support customers from all industries. Our solutions are particularly well suited for the healthcare, industrial applications, jewelry and start-ups.

Our expertise lies in our knowledgeable teams who work closely with customers to quickly bring their innovations to market to allow them to compete globally.

Together with our customers, partners and employees, we are building the world of tomorrow. 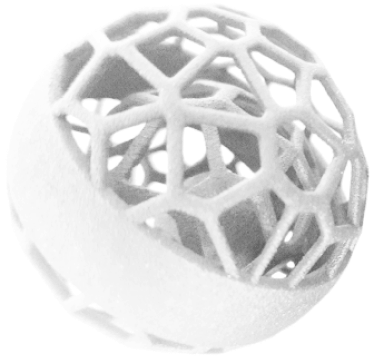 Prodways Group's mastery of innovative technological solutions and its unrivalled coverage of 3D printing offerings is revolutionizing the sector and positioning it as a key player in Industry 4.0 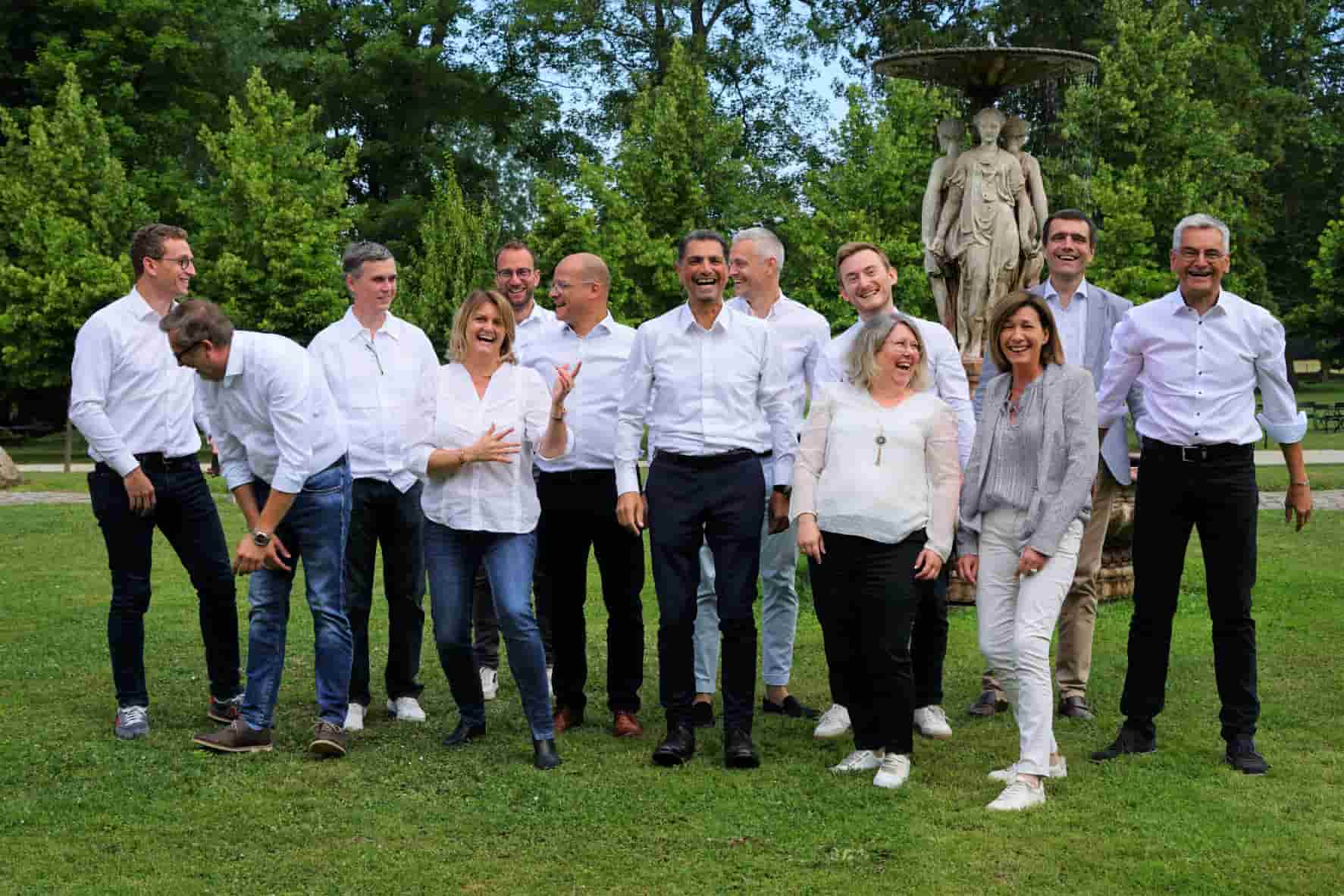 Prodways Group strives to offer the most complete technological range of Digital Manufacturing solutions, from design conception to production.

Our mission is to provide customers with our global expertise to accelerate their innovations and give them an industrial advantage for the production of custom parts in series.

Over 25 years of expertise in 3D printing 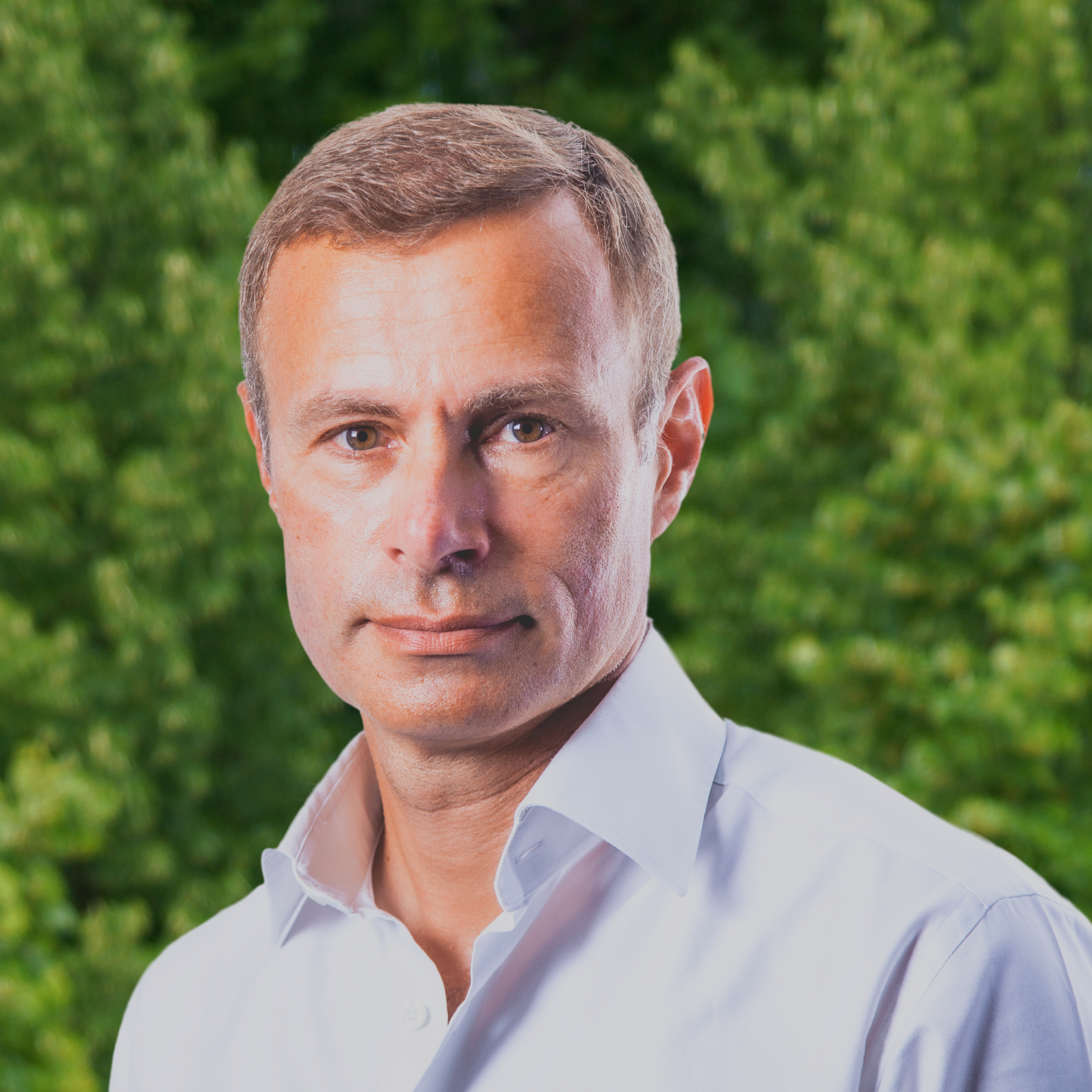 Do you want to take your product development process to the next level? We offer solutions with advanced functionalities which, combined with our expertise, allow you to optimize your designs, to continue to progress in your business and in your areas of competence.> Avenao 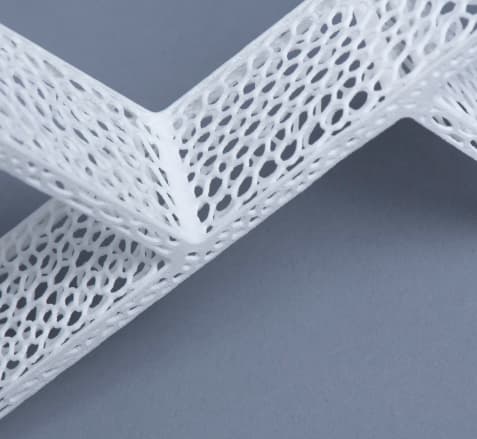 Prodways Digital Manufacturing is one of Europe's largest players in the production of plastic and metal parts, with a large installed base of 3D printers for all 3D printing technologies in France and Germany. We offer a wide range of solutions, from design to production of prototype or mass-produced parts, for the industrial, aerospace, medical, dental, automotive and luxury sectors.> Initial > Creabis 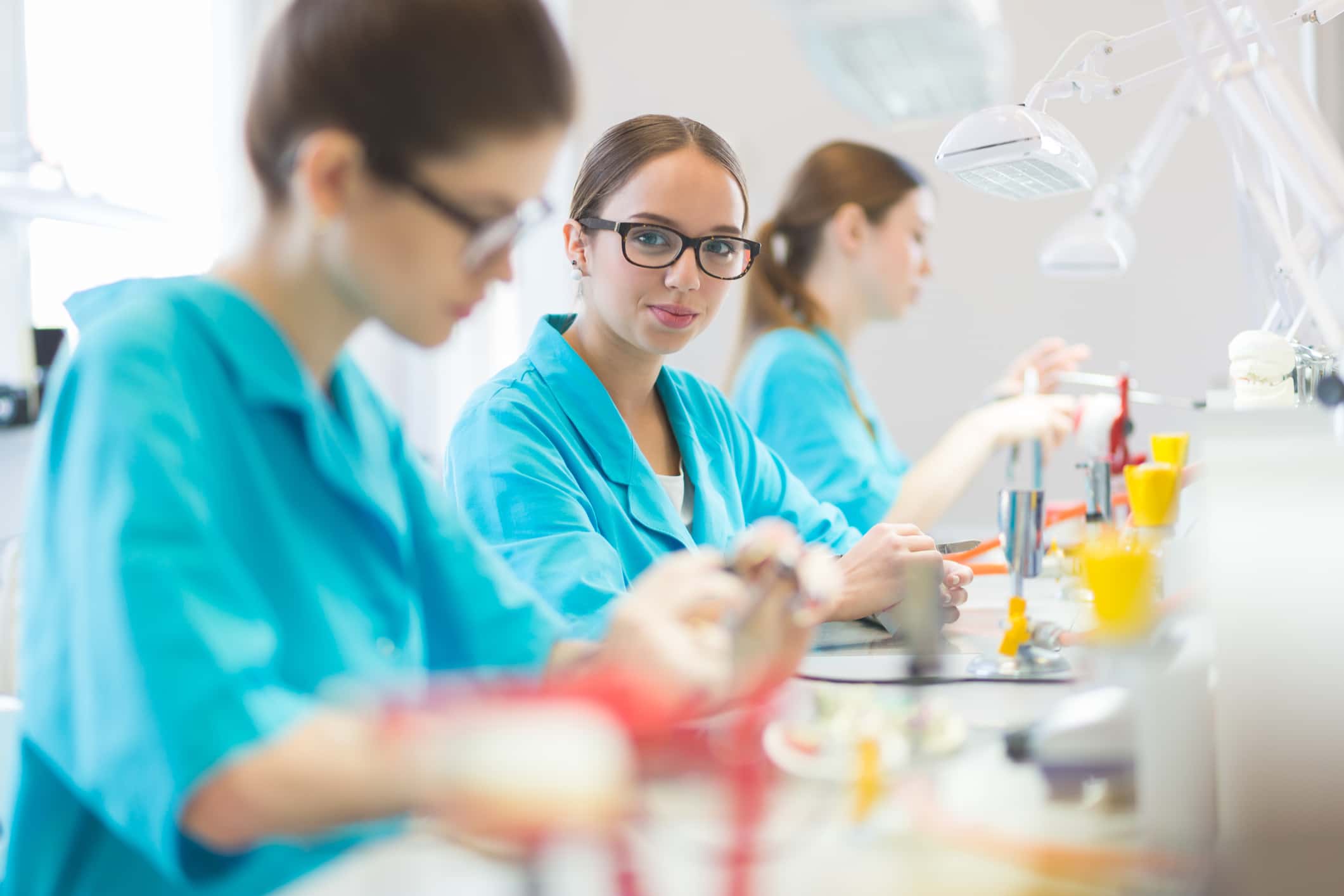 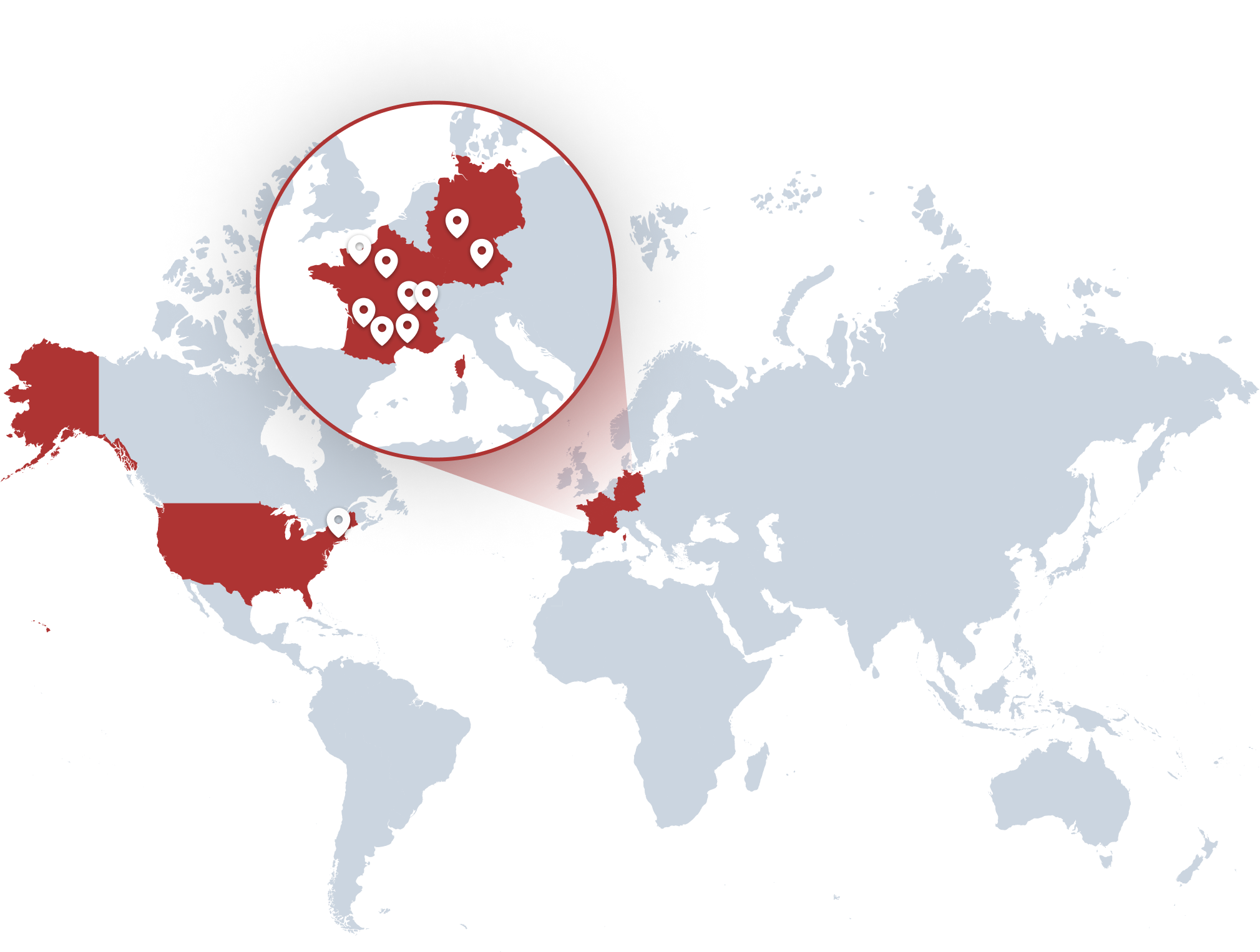 They form the core of our expertise

In a constantly evolving environment, Prodways Group is developing and enriching itself through each of its high value-added subsidiaries in order to build a solid group focused on the future and technological innovations.

Prodways Group retains the start-up spirit and the ambition of its beginnings. We test, research and propose in order to move forward and innovate. This culture of daring is shared by all our employees because, for us, daring is to undertake, share our passion and succeed together.

INITIAL, a leader in France in Product Development, Additive Manufacturing and Production, is the design and production center for Prodways Group parts. Its headquarters, based in Haute-Savoie, near Annecy, France, brings together all of its R&D and production activities on a 4500 m2 site.

For more than 40 years, Interson Protac has been the French leader in the design and manufacture of earmolds for hearing aids and custom hearing protection.

Cristal, a French leader in digital dentistry, has been innovating alongside dentists in France for 40 years. Based in Bordeaux, 25 prosthetists specialized in adjuncts, implants and esthetics cover all needs for traditional and digital treatments.

AvenAo is an industrial integrator of solutions for innovation and product development. AvenAo By Prodways integrates Dassault Systèmes SOLIDWORKS solutions and their partner products.

Creabis is one of the leading 3D printing experts in Germany. Creabis offers different 3D printing technologies focused on the mass production of plastic parts.

ScientiFeet provides its customers with a fully integrated solution for the design of 3D printed orthopedic insoles. Its activity is now at the crossroads of the biomedical sector

Founded in 2003, Auditech Innovations has never ceased to offer its customers solutions to protect the hearing of employees exposed to high noise levels.

We are always looking for new talent who share our passion for innovation. Do you recognize yourself in this presentation? Then join us!

André-Luc Allanic made his vision a reality by designing the MOVINGLight technology. The new machines integrating this technology are the most precise and fastest on the market.

Groupe Gorgé acquires the company Phidias Technologies. The company is renamed prodways. With this ambition in mind, Prodways has taken a number of strategic steps in the space of a few years, enabling it to provide its industrial customers with a complete range of products that meet the highest quality standards. 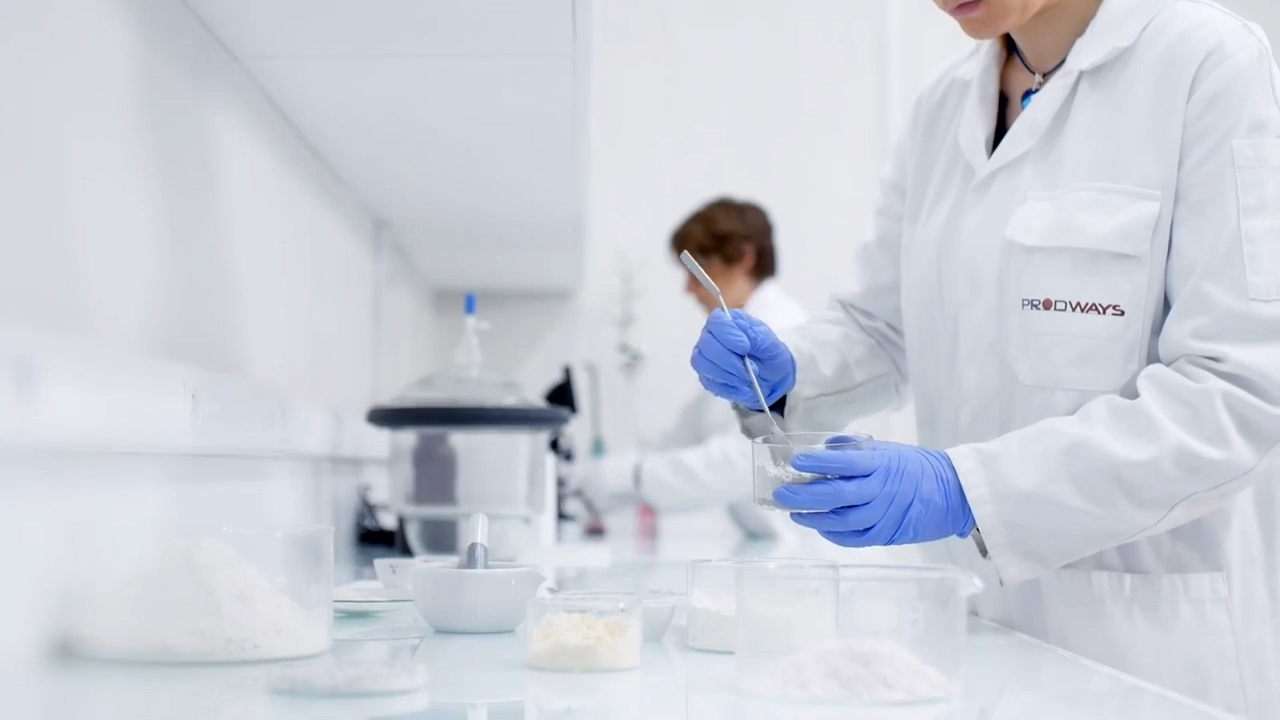 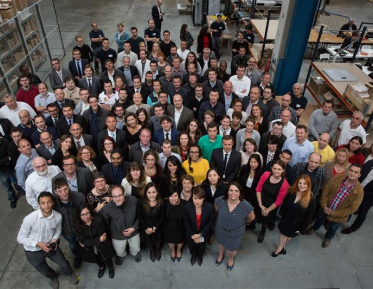 The creation of the group with the acquisition of DeltaMed allows us to control and capture the entire value creation of the machine-material pair on applications developed by Prodways Group.

Acquisition of a 20% stake in Dentosmile

Dentosmile (which has since become BIOTECH DENTAL SMILERS) will rely on the MOVINGLight® technology developed by Prodways and on new material developments as well as on support for setting up the industrial production process.

Multiplication of the service offer with the acquisition of Initial, the French leader in the manufacture of parts by 3D printing.

Acceleration of the Group's multi-technology strategy with the acquisition of Norge Systems, a British start-up specializing in the design of 3D printers using laser sintering of plastic powders.

Groupe Gorgé welcomed Emmanuel MACRON, still Minister of the Economy, Industry and the Digital Economy at the time of his visit, to Prodways.

Consolidation of the Group's position in powder sintering technology with a complete range of printers and premium materials, confirming the Group's determination to become the new alternative to the leaders in this technology.

Launch of medical activities with the acquisition of ScientiFeet (PODO 3D), a start-up founded by a podiatrist with the ambition of developing a solution for modelling and 3D printing of foot orthoses.

During his visit, the President of the Republic visited Prodways' Research and Development department as well as its 3D printer production workshop, where the group's know-how and latest technological advances were presented to him by the employees.

Launch of the first SLS printer

Acceleration of the development of 3D printing applications in the dental field with the acquisition of Cristal (SOCA laboratory), one of the largest French dental laboratories.

PRODWAYS GROUP completes its IPO on Euronext Paris. This fund raising of 66 million euros allows the Group to continue the ambitious development of its activities.

Strengthening of the Group's medical business with the acquisition of INTERSON PROTAC, a French leader in earmolds for hearing aids and custom hearing protection.

Consolidation of its position as an integrated player specializing in industrial and professional 3D printing with the acquisition of Avenao, a distributor of Solidworks computer-aided design software from Dassault Systèmes.

Acquisition of the audiologist Surdifuse-French Mouthpiece

Strengthening of the group's medical activities through the acquisition of the audiologist SURDIFUSE-L'EMBOUT FRANÇAIS. Prodways Group becomes the French leader in custom earmolds for hearing aids.

Launch in Europe of an activity for the integration of new Cloud solutions for the DASSAULT SYSTEMES 3DEXPERIENCE® platform, leading to the acquisition of a minority stake in the capital of XD Innovation, a major DASSAULT SYSTEMES partner for this activity in North America.

Mobilization in the fight against COVID-19

PRODWAYS GROUP is mobilized to participate in the effort to fight against Covid-19 and to answer the needs for new material linked to this sanitary crisis.

Merge of all its audiology activities, INTERSON-PROTAC, SURDIFUSE and FRENCH EMBOUT under the name INTERSON-PROTAC by PRODWAYS, in order to offer a service with the best standards to its customers and to optimize its operations.

Winner of the state's call for projects " relaunch plan for industry

PRODWAYS GROUP is selected by the State as the winner of the call for projects " Plan de relance pour l'industrie " and thus obtains a subsidy of 3.3 million euros for its Futur3D project which will allow to accelerate the development of the Group's technologies by developing the next generations of products and services.

PRODWAYS GROUP acquires 100% of CREABIS GmbH, a German specialist in 3D printing of plastics, allowing it to penetrate a new growth market in Europe. 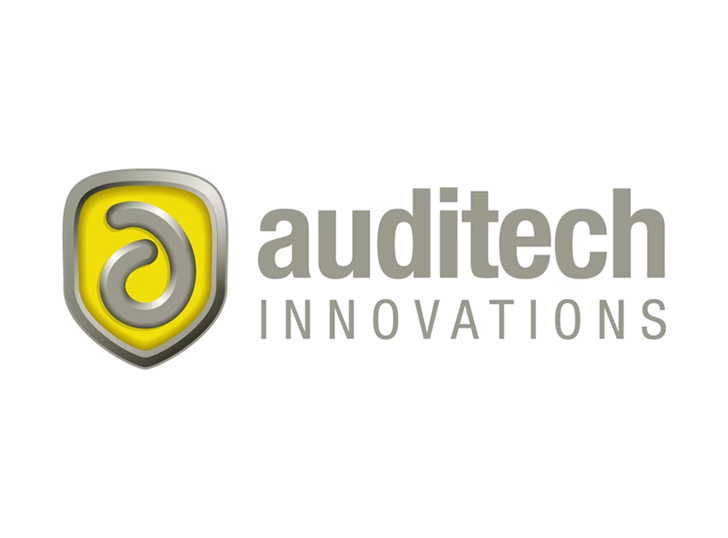 PRODWAYS GROUP accelerates the development of its audiology activity with the acquisition of the company Auditech Innovations.